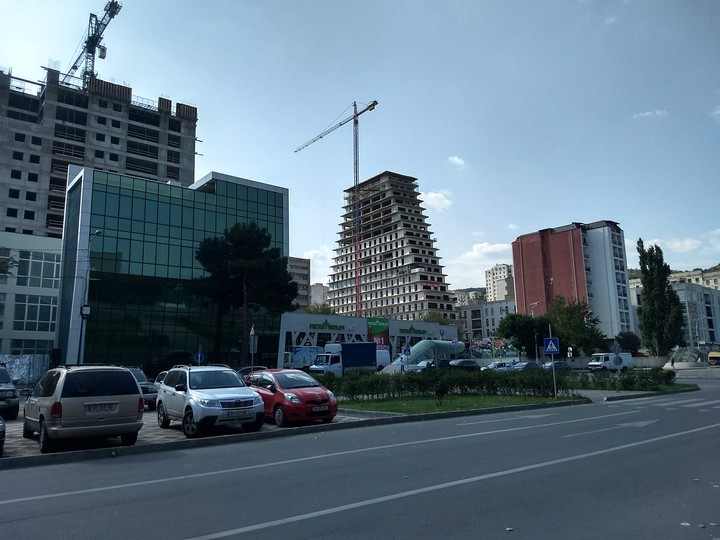 After the collapse of the Soviet Union, the University metro station was the first and by far, the last metro station to be opened. The old tunnel restoration and the construction of the waiting hall was heavily funded by international donors and financial institutions after having been sealed for almost 30 years. As the rumors of station construction were confirmed by authorities around 2010s, private developers rushed to the surrounding areas to erect high-density residential buildings nearby. The new metro station was opened in late 2017 and by this time, most of the open and recreational spaces had alreaby been disappeared. Even though the extension of Tbilisi metro network significantly increased accessibility for the locals, one could hardly call this a TOD (Transit-Oriented Development) example, as the neighbourhood has been going through a rather chaotic construction boom. Metro network extension is the only example of municipal involvement in the development of the area. As a result, proper walking connections (a crucial part of the TOD) to and around the station is mostly disrupted by construction sites, car-wash, outdoor parking and retail spaces

Next
Exactly, how hilly is Tbilisi for cycling?
Previous
AXIS Towers